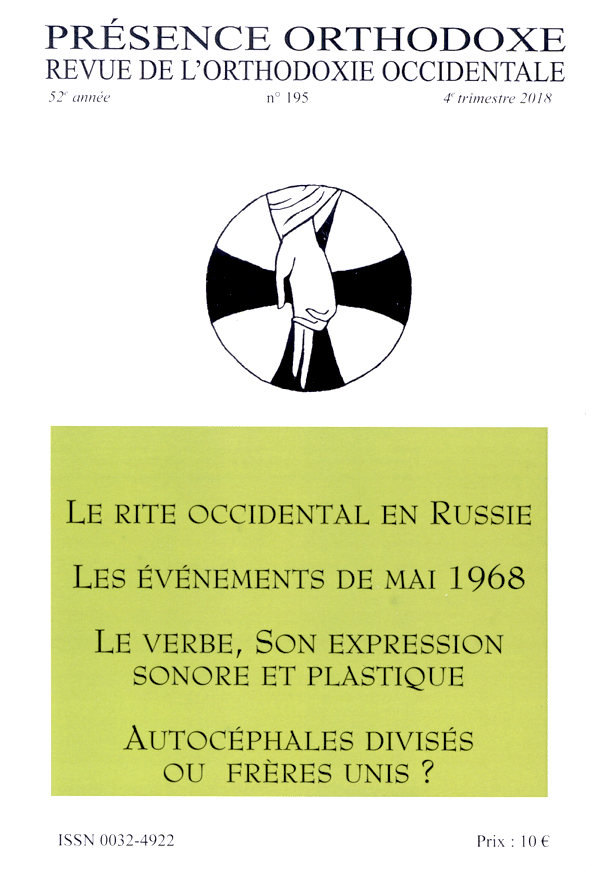 In the most recent issue of Présence Orthodoxe (No. 195), a quarterly journal published by the Église catholique orthodoxe de France (ECOF, Orthodox Church of France), one can read a long interview in French with Kirill Kostrykin (b. 1986), a Russian Orthodox faithful who speaks about the interest for the Western Rite Orthodoxy among some Orthodox believers (mostly young and male) spread across Russia. The interview was conducted in October 2018 by Father Clément Heinisch. The interview is 20 pages long, thus only a short summary of the content will be offered here. The information is entirely based on the interview and reflects its content, assuming it is accurate. (This summary has been prepared by a person who is not a native English speaker: any correction or improvement will be welcome if needed.)

As it does often happen in our days, the existence of social media helped Russian Orthodox people interested in the Western rite to come in touch with each other. There is a page on Western Orthodoxy on the largest Russian social network, VKontakte (which is similar to Facebook). Kirill Kostrykin himself first became aware of the Western rite in Orthodoxy in 2012, when he had the opportunity to watch a video of an Antiochian Western Rite Liturgy on VKontakte. He explains that he felt that it was “something Orthodox”, despite external differences. From this starting point, he discovered figures and publications related to Western Orthodoxy, translated works from Bishop Jean de Saint Denis (Eugraph Kovalevksy, 1905-1970) and came in touch with various Western Orthodox believers in North America and in Europe. He comments that “the Orthodox Western Rite is now for me the living incarnation of the principle of Catholicity of the Orthodox Church. Church is one, faith is one, but there are many different expressions of this one faith.”

While Kirill Kostrykin does not deny that many Russians have a negative perception of the West (primarily from a political angle), another reality to be taken into account is another perception of the West among Russians, i.e. the Orthodox West. He mentions the development of devotion toward Western Orthodox saints by Russian Orthodox faithful, something that has actually been encouraged by the Russian Orthodox Church with the inclusion of a number of Western saints in the official ecclesiastical calendar in recent years.

Regarding Western rite celebrations in Russia, Kirill Kostrykin mentions an interesting fact. Once a year, on the feast day of Saint Ambrosius of Milan, the Ambrosian Liturgy is celebrated in the Cathedral of the Feodorovskaya Icon of the Theotokos, in St. Petersburg. Otherwise, there are no liturgical celebrations of the Orthodox Western rite in Russia, except possibly in some non-canonical groups. One of them had a parish in Moscow, with the Roman Mass in Latin, but it disappeared a few years ago.

However, Kirill Kostrykin adds that there is a private use of the Western rite by some Orthodox laymen in their domestic prayer, including some participants to the VKontakte group. They recite the missa sicca or the Hours.

While some clergymen are reported to be sympathetic, as well as some bishops abroad, Kirill Kostrykin acknowledges that a few Russian Orthodox bishops — in private — expectedly remarked that there was no need for the Western rite in Russia. He reacts by stressing that only a tiny percentage of Russians attend church on a regular basis. Especially in large cities such as Moscow or St. Petersburg, some young people feel an inclination toward the West. In religious terms, this translates into some conversions to Roman Catholicism. (There are long comments on the reasons for such choices, but it would take too much space to summarize them adequately here.) Thus Kirill Kostrykin feels that the Western rite might offer to such young Russians the option of “turning West” while remaining Orthodox. “Russia has never been an exclusively Eastern country, but it has always been open both to the East and to the West.” His dream — shared by other people — is to see some day biritual parishes opened in Moscow and St. Petersburg. 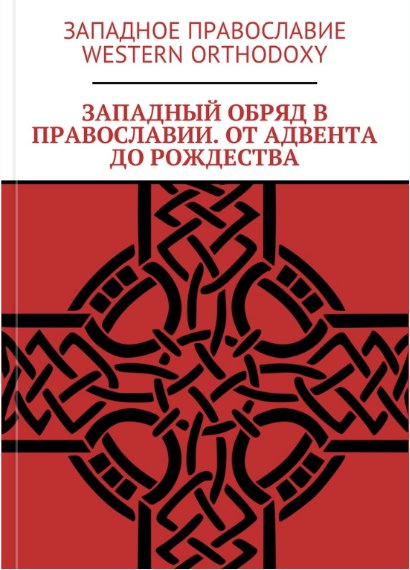 While Kirill Kostrykin himself is obviously very sympathetic to the work of Bishop Jean de Saint-Denis, he concedes that some other members of the group are more critical. As already mentioned, however, their interest is not limited to Orthodox Western rite experiments in France, but extends to North American developments as well. Not only are they familiar with the Liturgy of Saint Tikhon, but members of the VKontakte group have translated it from English into Russian in order to make it known. The services of Lauds and Vespers as used by ROCOR Western Rite parishes have also been translated into Church Slavonic.

Présence Orthodoxe is only available in print. There is no online version.