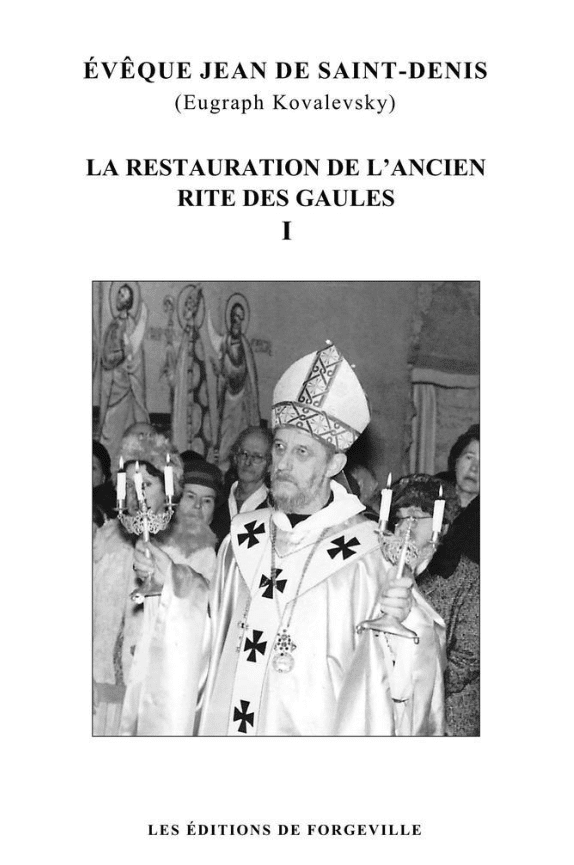 Several  new books related to Western Orthodoxy have recently been published in French. They all come from a group of French lay people who launched a website on Bishop Jean de Saint-Denis (Eugraph Kovalevsky) in late 2017 (www.eugraph-kovalevsky.fr) and have been gathering material on his life and work. In addition to the website, they have created for that purpose a publishing house, the Éditions de Forgeville. The books are printed and distributed through Lulu Press.

This initiative comes from people who are close to the Orthodox Church of France (Église catholique orthodoxe de France, ECOF). This group has played a significant role in the history of French Orthodoxy in the 20th century as well as in the history of efforts for restoring Western Rite Orthodoxy. For various reasons, this group has no longer been in communion with historical Orthodox Churches since 1993, is following its own path and is considered as non canonical. Over the years, some parishes have left the Orthodox Church of France and joined canonical Orthodox Churches. The first of two volumes published under the title L’Évêque Jean de Saint-Denis (authored and edited by Marie-France Guillaud-Tanazacq) mentions the contribution of Fr. Noël Tanazacq, a priest in the Romanian Orthodox Metropolia of Western and Southern Europe, to the section dealing with ecclesiology. 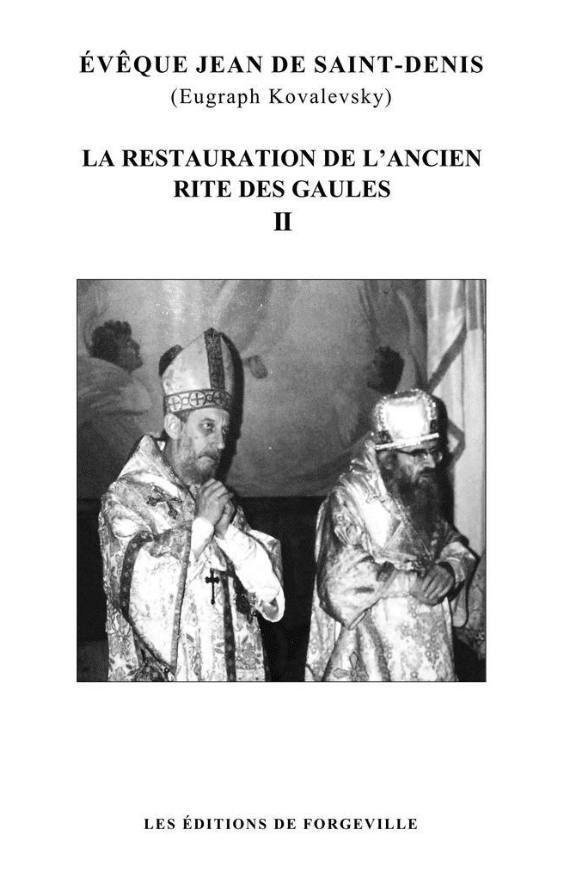 The first volume of the third edition of a biography of Bishop Jean de Saint-Denis by Élie de Foucauld has just been published. It covers the years 1905 to 1945. The second volume will cover his life from 1945 to 1970.

Of special documentary interest to readers of this website will be the two newly published volumes gathering key documents of the restoration of the Gallican Rite (Rite des Gaules). The first volume (2019, 208 p.) contains a commentary on the Holy Mass according to the ancient Gallican Rite (1956), the report of the ECOF Liturgical Commission to the Romanian Patriarchate (1968), the report of the Romanian commission (1972) and the text of the Divine Liturgy of Saint German of Paris. The second volume (2019, 314 p.) contains a detaily study on the Eucharistic Canon of the ancient Gallican Rite (1957) and the remarks of a liturgical commission (1961). A third volume is being prepared.

The website itself makes some additional material available, e.g. photographs of icons and frescoes painted by Bishop Jean de Saint-Denis.